Sheila Bridges has long been inspired by classicism. In fact, she’s built an extensive portfolio of classically refined spaces featuring wide stripes and pastoral French Toile patterns, while never failing to deliver an edge of playful-genius alongside each serioso motif—some might say it’s her signature. In keeping with her affection for historical references and meaningful design, the iconic interior designer redistributes her widely acclaimed Harlem Toile de Jouy fabrics and wallcoverings with S. Harris.

In light of the current social and political climate, the textile ignites open conversations around century-old stereotypes. But, the root of which this storied 10-colorway print was born is far less complex. Simply put, Sheila designed Harlem Toile for herself. After much research and scouring of the market, she fell short in finding a Toile that spoke to her home on a personal level, both as a Black woman and a designer with discerning taste. 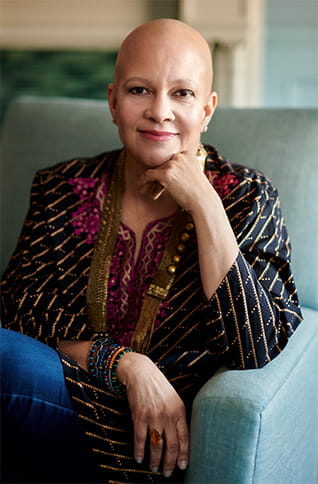 “Harlem Toile served as an opportunity for me to share and express my personal perspective on politics, culture, and art”

“I was very specific about the scenes that I chose… I wanted to explore these stereotypes and their exploitive associations, but at the same time, I wanted the Toile to feel celebratory.”

By their very nature, Toiles tell stories—their layers of intellectual gest and playful acuity acquiesce to often-unjust historical narratives. Sheila muses, “For me, Harlem Toile is about loving all parts of Black culture, not just the pieces that appeal to you. The larger message here is the power of acknowledgment.”

In addition to select S. Harris showrooms nationwide, Harlem Toile de Jouy can also be seen in The Cooper Hewitt, Smithsonian Design Museum as part of the permanent wallpaper collection.